Our team explored bicycle use in Beijing and the Bay Area, ranging from bicycle (types, prices, ownership), people (types, use cases, health), technology (smart sensors, apps), environment (terrain, lifecycle of the bike), and society (policy, social perception, safety), just to name a few! Through field observations, literature research, expert interviews, we came to understand a little more about bicycle urbanism and hypothesized that increasing the ease of buying, selling, and disposing used bicycles could increase overall bike use and decrease waste.

We set out with the intention of understanding bicycle urbanism, and eventually focused our efforts on extending the lifecycle of bicycles in student and bicycle-dense environments like Stanford and Tsinghua. After prototyping our ideas in the wild, we found that promoting the use and reuse of bicycles can be a key component to sustainable urban development. 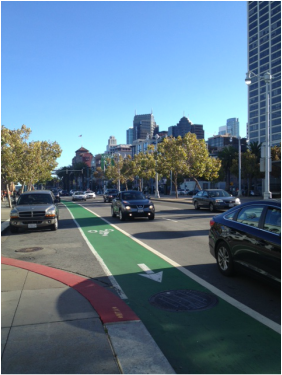 Bay Area
We went to San Francisco and observed a bicycle activity along the embarcadero. In a 6 minute time span, the maximum bike activity we counted was 30 bikes in a single location. We also observed bicycle infrastructure such as bike lanes and racks, as well as city bike share stations and bike rental stores. However, we did not observe any use of the city bike share bicycled being used during our fieldwork.

Aside from observations, we interviewed experts. Judy from the National Resource Defense Council (NRDC) introduced us to the main walkability measures: safety, comfort, functionality, and policy which are also important for biking. Chris from the San Francisco Municipal Transportation Agency (SFMTA) walked us through new policy initiatives to increase biking for all ages. We found a wealth of academic research on biking — how bike infrastructure increases economic growth, biker demographics, and how the shape of infrastructure affects safety and likelihood of biking. In all, there are lots of initiatives in the Bay Area and Beijing that aim to encourage biking, but not much dealing with the friction of what happens to a bike AFTER it is used.

Where do you get a used bike? The Stanford bike shop used to sell used bikes but don’t anymore — there were too many poorly made bikes. Walmart sells such a cheap bike that once broken, it’s almost always easier and cheaper to buy a new Walmart bike and throw away the broken one. In the Bay Area, some other options include forums like SUPost (if you’re a Stanford student) or craigslist, or donations, or places like the Bike Hut in SF. We interviewed the owner of the Bike Hut, who shed light on why it's so hard to find a quality secondhand bike.

“Bike theft is the biggest barrier to creating a thriving used bike market because you cannot trust where the bike came from.”
–Michael Klett, the San Francisco Bike Hut

Beijing
At Tsinghua, survey results from 99 respondents showed that 74.8% of people only buy brand new bikes, and 25.3% of bikers leave their bikes on the street after use. After interviewing a campus security guard, we discovered that many students who have spotted potentially ownerless bikes on campus don’t know what to do. They have no idea whether it’s a bike that nobody wants because it’s totally unusable (with rusted and broken parts) or if it’s just a previous student's bike that is in good condition but was just forgotten. They typically stay outside for a long time and until someone figures out the difference, the bikes have already become rusted or unusable. According to campus security, between 300 - 500 used bikes are collected every April, and another 600 - 1,000 bikes are collected after graduation. However, only 30% of these bikes are in good enough condition to be reused.

“ Between 300-500 used bikes are collected in April, and another 600-1000 after graduation. Only 30% of are in good enough condition to be reused.”
– Tsinghua campus sceurity 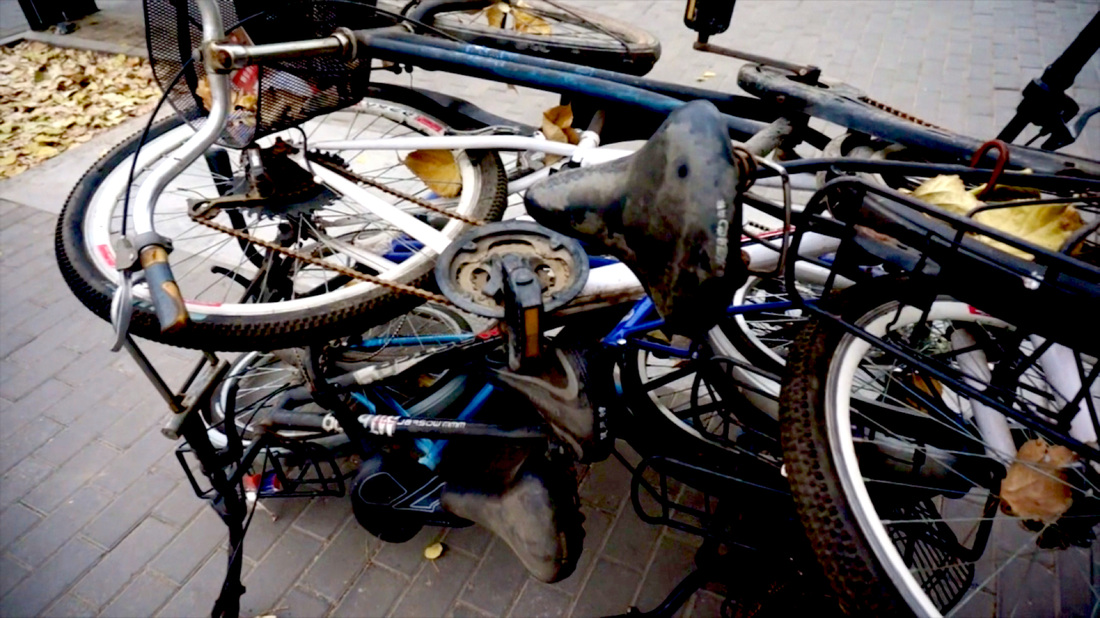 Stanford
At Stanford, our prototype comes in two parts: a digital app & website and physical infrastructure.
Try out our prototype at http://tinyurl.com/rshowapp. 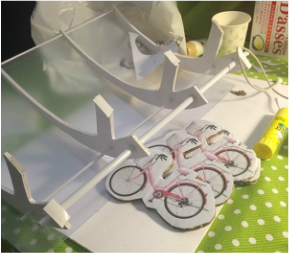 Tsinghua
Our plan is to designate a specific area outside of heavy bike use places (outside of dorms, classrooms) with colorful markers as a “bike deposit” area. Students who don’t need their bikes anymore can leave them at these locations by swiping their student ID card. This infrastructure will also print a sticker with a designated license, which is tied to the student's ID card number. The bike is released to our online system, with alternatives of “Donate” or “Sell”.

We tested our prototype in the field and our main takeaways were threefold:
1. Theft: Potential marketplaces cannot verify whether a bike was previously used or stolen goods.
2. Trust: Knowing the previous owner's satisfaction or status as a student increases confidence in the transaction.
3. Enthusiasm: Lots of excitement from our testers -- we found half the battle after finding a bike is logistics. The system moves browsers to buyers faster & easier.
How do secondhand bikes relate to urban sustainability?

Note: most of these﻿ links are hosted on dropbox or Google Drive. If you're on the other side of China's Great Firewall, you have been warned. :)